Our scheduling department will be in touch with you shortly.

RESPECT FOR YOU AND YOUR HOME - We follow all CDC guidelines for businesses for our in-person interactions. Your comfort level inviting us into your home is paramount.

APPOINTMENTS - We schedule window and patio door appointments at specific times, rather than a window of time.

ASSESSMENT - We will inspect your home's current window situation, identify any unique installation challenges and provide you with an accurate assessment and potential solutions.

OPTIONS - Our specialists will listen to your needs and provide you with both beautiful design options as well as efficient ways to make the most of your money.

PRICING - During your consultation, we will provide you with pricing for your project that will allow you the opportunity to review your options and make the best decision for your home and budget.

NO OBLIGATION - your free, in-home consultation is provided to you with no obligation.

Vinyl is generally the most popular material for window frames. It’s cheap and easy to clean, arguably two of the biggest selling points about anything to do with house construction for homeowners. For lots of people, it works out just fine, at least in the short run. But in the long run, you can run into issues — expensive issues. Here are 4 reasons to replace vinyl windows in Vancouver.

1. It warps in the Vancouver weather

This is the biggest reason to replace vinyl windows in Vancouver. Vinyl is the worst material for holding its shape out of aluminum, wood, glass, or Fibrex when it comes to temperature changes. It will readily expand and contract in the heat and cold, respectively. In Vancouver, temperatures can change by up to 10 degrees Celsius in just a few hours. This relatively rapid change can put a lot of stress on your vinyl frames.

The obvious problem with this is that eventually, the shape of your frame will start to change. You’ll end up with a lot of bent lines rather than the sharp, clean lines you might have ordered originally.

And it doesn’t just look cheap, either. This reshaping and constant warping of the vinyl can result in some issues that can get very costly, very quickly.

2. The glass can sheer through the vinyl glazing

Like we said, vinyl expands and contracts more than glass. Seven times more, in fact. So when you have a glass element attached to a vinyl element, you have one piece that’s moving around a lot and one that’s staying fairly still. This creates a lot of friction and can result in the glass sheering through the glazing.

It’s not uncommon for older vinyl windows to have poor joinery. Between human error and inherent problems with the material itself, vinyl joinery is notoriously leak-prone.

On more than a few occasions, we’ve needed to replace vinyl windows after a customer has suffered a massive leak under these circumstances.

One case, in particular, involved a woman whose living room had become soaked in water after a torrential downpour overnight.  When she awoke in the morning, the wall, cabinet, and carpet near the window were saturated. The chipboard cabinet needed to be replaced and the carpet needed a professional clean.

To make matters worse, when they moved the cabinet to replace it, they also discovered that smaller, long-term leaks from the glazing being sheered had rotted some of the wooden flooring under the carpet.

It was a very costly result of saving some money on the window frame material.

Consider that in Vancouver we’re having high temperatures of 3 degrees Celsius at the moment, this seal failure results in some very, very chilly homes.

Renewal by Andersen of Vancouver prides itself in using Fibrex for its window frame material. It’s cost-effective and easy to clean like vinyl, but because it contains wood pulp it’s much less susceptible to warping in the highs and lows of Vancouver’s often harsh weather.

If you’re worried about your vinyl windows, contact us today. We’ll help you replace vinyl windows in Vancouver with something much better suited to this city’s particular climate.

Renewal by Andersen of British Columbia
4.2
Based on 119 reviews
See all reviewsWrite a review

Renewal by Andersen of British Columbia
4.1
Based on 26 reviews
See all reviewsWrite a review
Thanks to Ariel and Nick Baker for ensuring the job at my Mom’s was finished following her passing. Nick was thoughtful and went the extra mile, and Ariel was helpful in scheduling. Thank you again.

Stacey Chesnick
12:48 15 Apr 22
Vlad and his team did a fantastic job. They arrived on time, were efficient, professional and communicated effectively throughout the installation. Highly recommended.

Benjamin Grinter
21:13 11 Mar 22
Despite the salesman’s statement about the final condition being just like it’s current condition, I was nonetheless concerned. My concern was that the trim inside and out would be damaged as the trim inside is very dated and would’ve been impossible to duplicate and the outdoor trim is very weathered vinyl, replacement would also be impossible. The installers were very professional and did an amazingly great job and the finished job was perfect in all ways.

Bruce Morrison
22:04 09 Mar 22
We recently replaced our bay windows with a 10’ sliding doors by Renewal by Anderson. We are extremely happy with the quality and service of their work. And for a reasonable price too. Dustin, the project manager was above and beyond, punctual and very attentive to details. It is not a small job , but Dustin manage and coordinate the works and finish the installation within a day. Touch up was done in the later days. Dusting came a few times to confirm all work was done properly. We were fully satisfied the work. The installation team and touch up team (Nick and Cody) were also great. They were polite and professional. I asked touch up team for dry wall patch texture so we can patch other walls that were damaged by us. But they offered to patch and sand the damage for us free. It was completed a lot better than what we can do. For this, I will give a 5 star rating.

Loretta Wu
00:26 03 Mar 22
We had our windows and patio doors replaced by Renewal by Andersen. Jason gave us multiple options to choose from that would fit into our strata's requirements and was straightforward about the time it would take to manufacture the windows and doors. While it took slightly longer than expected for the job to be completed due to some Covid-19 supply chain issues (who hasn't run into those in the last couple of years?), the job was completed and we are very happy with the results. Corey and his crew were very professional and respectful of our concerns about physical distancing, etc. during the installation. The crew cleaned up thoroughly after the installation work was completed. The installed windows and doors look very good and make our home more comfortable. I'd give Corey and his crew a 10 out of 10 for their service.The 20 year warranty on the glass and Fibrex portion of the windows and the 10 year warranty on the remainder of the hardware was much appreciated seeing as one of our neighbours who went with a different company three years ago had issues within 2 years but were only covered for 1 year.

David Bowerman
18:29 02 Mar 22
Nick Shultze came to take measurements today for the future installation of my windows.He was on time, very professional and informative, answered all my questions.Made me happy to have chosen this company

Judit Korosi
00:08 02 Mar 22
Vlad and the crew were quick and efficient as well as friendly, the windows are amazing, and are a huge improvement to my home. Outstanding service!

Laura Dalgliesh
05:33 16 Feb 22
Just had the patio door and windows installed and am obsessed! Gorgeous! They took a lot longer to arrive than we originally thought but so worth the wait. The team was fantastic from sales to install to follow up. Recommend!

Joanna Dunlop
22:04 10 Feb 22
When measurements are done, Cameron the Installation Manager uses a laser to ensure the windows are an exact fit for the opening 👍👍 Can hardly wait now for the finished product 🍻

Andy De Graaff
19:04 24 Nov 21
Dustin was very personable and professional in showing us the options available for replacing our windows and doors. Looking forward to seeing the final product.

Michael Schultz
19:23 13 Nov 21
The installation crew was awesome, the office communication and the technician were great. The windows quality is very good, I highly recommend. Just to warn you that the standard order doesn't include any locks, handles, or slide stoppers by default: you have to order them separately.Also I want to mention, the company does go above and beyond to make things right for you. At the end you will have cool windows that will keep your house warm and beautiful.

Anna Iantchenko
04:18 13 Nov 21
Cameron showed up early after calling first. Job went off quickly and efficiently! Hoping your installers are as friendly!

Wanda Telford
21:03 10 Nov 21
We have just started the process, and found your design consultant and your technician to be very informative, professional we can hardly wait for our new windows,

Barb Oliver
00:47 22 Oct 21
Renewal by Andersen windows has recently become available in British Columbia I have this product in our Texas home and took the opportunity to get a quote change all of our windows in our British Columbia home.Sheldon our Design Consultant and Cameron our installation Manager are both very helpful with helping us to make our decisions.Anxiously awaiting our new windows.

James Alridge
22:44 21 Oct 21
They took their sweet time to explain well the differences between other materials/products. The company know how important it is for any homeowners to be energy efficient and helped ease the financial aspects that comes with window installations.
Awesome customer service! 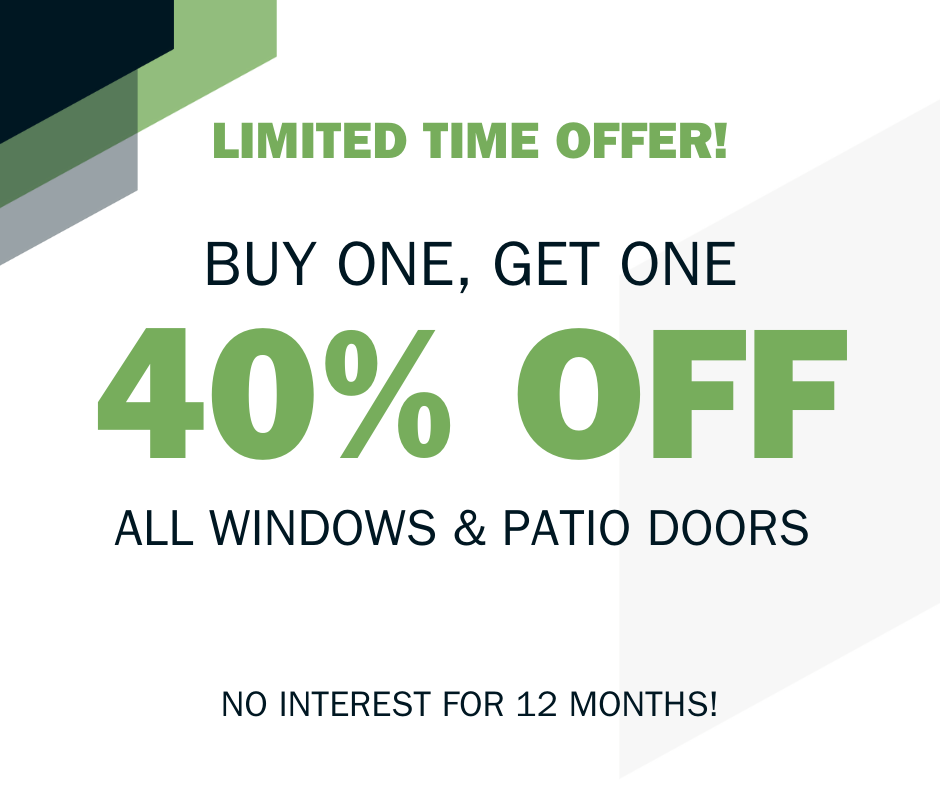